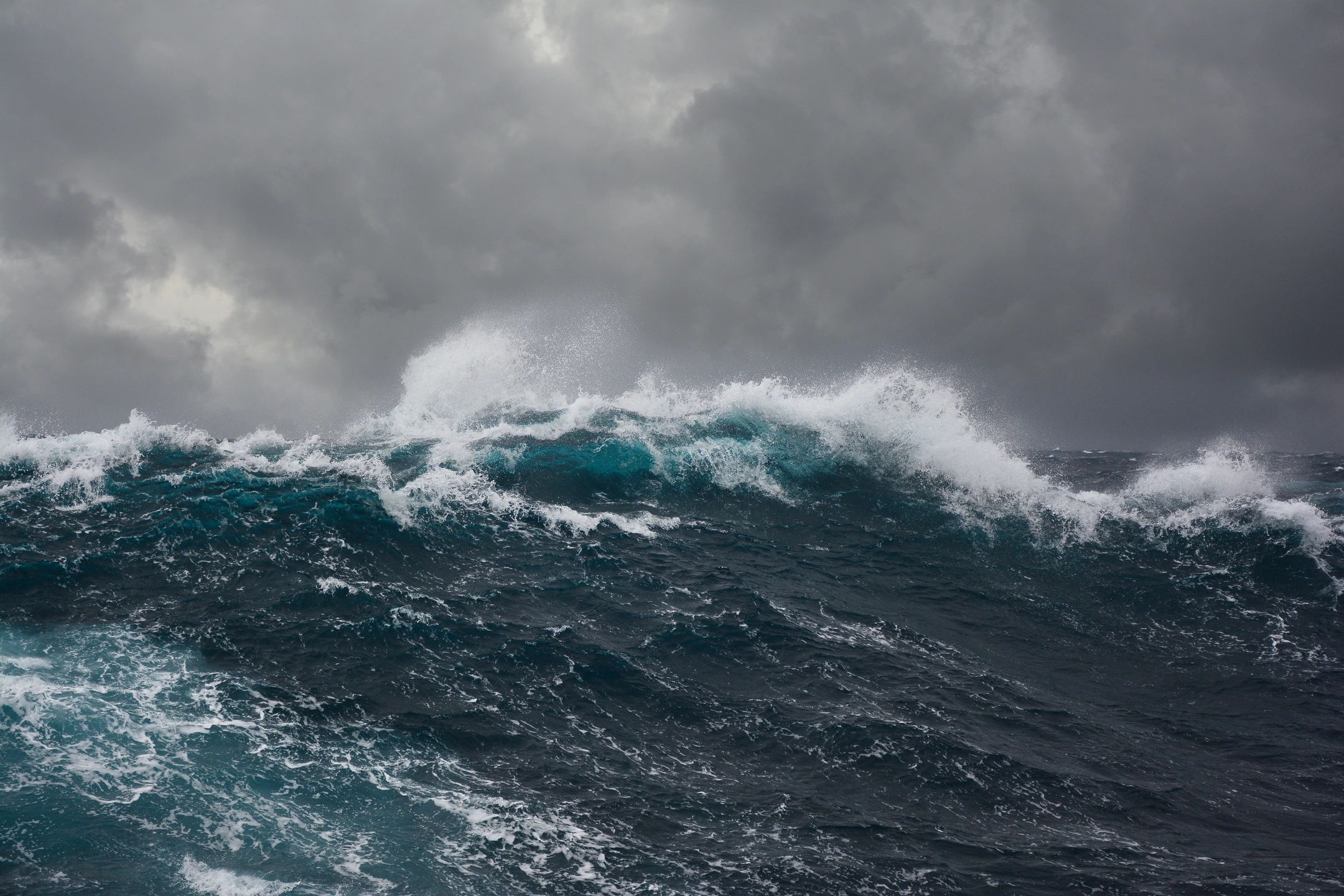 “If anyone thirsts, let him come to Me and drink”

By Steve CiccarelliOctober 7, 2018 No Comments

Water is unlike any other substance on the planet and despite its humble existence as a tasteless, odorless, and colorless liquid, our lives depend on it.  Go more than about three days without water and you will die from organ failure because your body is made mostly of water.  Water feeds our plants and crops, washes off the dirt of the day and satisfies our thirst.  Most of the earth’s surface is water (71%) and you can surf on it, sail on it, swim through it and fish live in it.  Little kids love splashing in shallow water but freeze it inside the cleft of a rock and it will expand, becoming so rigid it will split that rock in half.  It also splits light into the colors seen in rainbows and even breaks apart molecules of most anything by dissolving them.

Two hydrogen atoms and one oxygen atom comprise the water molecule which is shaped sort of like the silhouette of Mickey Mouse’s head.  Well sort of, you see the atomic model we learned in school with electrons as balls on rings orbiting the nucleus isn’t quite correct.  We now know the location of electrons around the nucleus cannot be precisely known, as they exist within a cloud and their position is best described by probabilities.  We’ve all heard that the chemical formula for water is H2O and if the two hydrogen atoms make the ears of the silhouette then oxygen would be Mickey’s head.  We owe our lives to that shape because without it plants wouldn’t soak up water, we couldn’t drink a glass of water and, well, the rest of the consequences don’t really matter after those two.  The bent arrangement of H2O explains this fortunate fact and because of it one molecule sticks to another in what is called a hydrogen bond.  Straighten out the bent water molecule and no more hydrogen bonding.  No more life on earth.

Water is one of only two substances known to man that becomes less dense when it freezes and that’s good news because if it didn’t oceans and lakes would freeze from the bottom up and all the fish would die.  Water molecules become very determined not to let go of each other as the temperature drops.  Small particles are lazy just like us and want to be in their lowest energy state.  The atomic and molecular particle version of being a couch potato is to form chemical bonds which make the new structure less reactive, or more inert.  The very word inert comes from Latin for ‘lazy’ from which we get the word inertia to describe the tendency of a body to resist a change in its motion (Newton’s first law is all about this).  So as water gets colder, the molecules bond together forming very stable, rigid, and low energy configurations called a tetrahedral.  When water is warmer, the thermal agitation prevents the molecules from settling down into these lower energy configurations.  Basically, just as little kids on sugar get hyper energetic, warm water molecules have more thermal energy causing them to form and break hydrogen bonds quickly and frequently.

Water is a polar molecule because the electrons shared between hydrogen and oxygen spend more time closer to that oxygen atom due to the greater positive charge of oxygen’s nucleus.  Oxygen’s larger, more positive nucleus pulls on the shared electrons of the covalent bond because opposite charges attract.  When the electrons reside closer to oxygen, it leaves the hydrogen side of the molecule more positive.  The lone oxygen atom had six valence electrons but when two of them bond covalently with electrons from two hydrogens, four remain unpaired.  The resulting water molecule attains the desired eight valence electrons for the lowest energy state.  Those four unpaired electrons want to get away from each other because like charges repel.  As they move apart, they push the hydrogen atoms down, bending the atom.  Those four unpaired electrons now render the oxygen side of the molecule negative and the hydrogen side positive since its electrons are closer to oxygen.  The positive hydrogen side can now attract electrons from neighboring water molecules (the unpaired electrons of the neighboring oxygen atom) and form inter-molecular bonds.  These are special bonds, called hydrogen bonds, explain capillary action where plants draw water up the stem against the pull of gravity.  It’s what makes water a liquid; without a bent molecule, H2O would not be liquid.  Another fascinating property of water resulting from its power to form hydrogen bonds is that it easily dissolves ionic and polar substances like salt (NaCl) or sugar or most anything.  Water is the most prolific solvent on earth, able to dissolve more substances than any other liquid, including acid, and that’s why we always grab for water to get that ketchup spot out of our shirt and why we wash our hands with soap and water.  It’s often called the universal solvent because the strength of other ionic and polar bonds is greatly diminished in the presence of the strong polar water molecule, which reduces the electrostatic attraction between such compounds by a factor of eighty.  This fact means that when you pour salt into a glass of water, the strength of the ionic bonds between sodium and chloride ions is reduced by almost 99%!

Water is unique because it exists in three states – liquid, gas, and solid.  Water vapor (gas) condenses on small particulates in clouds and coalesces to make drops of liquid water which fall as raindrops.  If sunlight is not blocked by cloud cover, it passes through thousands of raindrops which act as prisms refracting light to make a rainbow.  It should not surprise us that God chose the rainbow as His promise of grace to Noah, assuring him there would never again be a global flood.  After all, rainbows are the product of light interacting with water in a confluence of His attributes because both water and light symbolize God.  God is light (1 John 1:5) and water is a Biblical type of the Holy Spirit.  Water’s ubiquitous presence over the surface of the earth is like the omnipresence of the Holy Spirit.  The Spirit cleanses us from all unrighteousness (Titus 3:5) and while water is the universal solvent washing away dirt and stains [read sin] we are told to be cleansed with the washing of water by the word (Eph. 5:26).  Water flows like a river symbolizing the Holy Spirit’s ongoing sanctifying work in our lives and, just as flowing water eventually renders the jagged river rock smooth, so the Holy Spirit smooths the rough edges off our sinful lives.  John the Baptist baptized with water but Jesus baptizes with the Holy Spirit.  Jesus offered the woman at the well living water (John 4:13) and He calls those of us who thirst to come to Him and drink (John 7:37).  I think it’s so fascinating that the same property which makes water a universal solvent, namely the ability to make hydrogen bonds, gives rise to surface tension in water that enables plants to soak up water.  Cleaning stains and quenching thirst are both properties arising from the bent arrangement of the molecule made possible by the covalent bond and relative number of protons between oxygen and hydrogen.  The number of protons and electrons in each atom, oxygen’s stronger tug on the hydrogen electrons shared with it and their abundance throughout the universe were all decreed by God for our good and all work within a system of numerous other physical laws to bring us water in great supply.  We depend on God’s provision for all things and each time we sip from a glass of cool, refreshing water we should remind ourselves that this is courtesy of God’s sovereign arrangement of the bent H2O molecule and hydrogen bonds with just the right strength that will quench our thirst.  Jesus said it best in the Gospel of John 7:37-38 – “If anyone thirsts, let him come to Me and drink.  He who believes in Me, as the Scripture has said, out of his heart will flow rivers of living water.”